I began having intense personal encounters with gods and spirits that I could clearly identify about 15 years ago. Since then, deepening my spirituality and developing my practice has required that I think through the relationships that I have cultivated. There are many ways to think about navigating human relationships with deities. I am not crafting or rehashing a particular system so much as offering a few tips that have helped me along the way. Here are eight tips that I hope will aid you in managing your relationships with the many deities in your life.

Context matters. When dealing with many deities from many different pantheons, work diligently to learn about the deity’s traditional attributes and lore as well as the culture(s) in which that deity functioned and may still function. Everything, including gods, function within a context. That context can and will change over time, and you may benefit from being versed in its iterations because each one may have an important influence on the dynamics between you and the deity. The gods can be engaged without much cultural awareness, but just because you can doesn’t mean you should. Neglecting context will likely lead to a faux pas or seven that may damage your relationship with the deity. It goes without saying that relationships can be hard to restore once damaged.

Develop your skill with at least one effective means of listening to the gods. Tarot, runes, direct communication, or other methods work well for many people. Find your tool. Hone your skill. Use it well. The more gods you work with, the more important reliable communication is. When the gods you work with are all speaking at once, you will be thankful that you cultivated your divination skills. Refining your hearing so that you can tell who is talking, when, and what they are saying is very important as well. Linking this point with the first, you may find that several of your deity’s have a traditional communication system that is associated with each of them. You may decide to dedicate yourself to the study of those traditional systems in order to become adept. If you choose that route, that’s great! However, at the end of the day, it is more important that you choose a system that the deity will speak through and that you can hear them through, even if it’s not a method traditionally associated with them.

Create a communion and sacrifice schedule. Allow for changes over time.

When working with multiple gods, it is helpful to have designated time for performing major rites and offerings for each. I have found that if I honor whomever whenever, I end up neglecting some gods, and that can create rifts in relationships down the road. The schedule does not have to be rigid though. You can allow for changes in the schedule over the years. In consultation with the gods, allow the schedule to be responsive to and accommodating of your actual, real-time relationships with the gods. Since I moved to Missouri in August 2015, I am still developing a schedule that works for everyone. I attempted to jump back into my schedule as it existed in Illinois but different times (and places) call for a different religious calendar. Not to mention that I have changed quite a bit and holy days that once resonated deeply no longer harmonize with me in quite the way they once did.

Do what you are able to do

Said another way: do what is within your mental, physical, financial, temporal, energetic, emotional, and psychological means to do and let it be. If you can afford fine and beautiful adornments for your deity shrine, by all means purchase them and rejoice. If one of your gods is fond of a particular hard-to-obtain mineral, grain, alcohol, or other substance and you have the time, money, and resources to procure it, then by all means do so. If you are able to meditate once per week then meditate once per week and do it gladly. If what you have is a cheese sandwich and a juice carton, pour a portion of that sanctified beverage on the concrete and keep on keeping on. Do what you can do.

Do well those things that you are able to do

The gods appreciate a little sacrifice every now and again to show that you are serious and committed to the relationship. So, if you have extra time this week spend it with their praise names on your lips, or write a blog post detailing some obscure aspect of a deity’s mythology. If you have extra funds this month, splurge on that drinking horn. If you don’t have extra time or money to give, be sure that whatever you do give, you give it well. That means if you only have $10 for wine, do your research and make it the best bottle of wine you can give to the gods for $10. And when you pour it out with your eyes toward the sky, let the best praise hymn you could find tumble from your lips like honey, because you practiced really hard the night before while braiding your kids’ hair before bedtime.

Avoid agonizing over what you are unable to do

We often want to give the gods the opulent gifts, or five hours more meditation time per day than we actually have to give. Such is the depth of our devotion. However, I have found that it is important not to become weighed down by what you are unable to do.

The gods don’t need our pious insecurities and fears of spiritual inadequacy. If you cannot afford ridiculously expensive shrine items, or $50 per ounce incense for this week’s offering, or that gilded drinking horn for your next blot for Freyr, do not become so depressed that you fail to do what you are able to do, or fail to take pride in the honor you are able to give the gods. Similarly, if you are clinically depressed and are barely able to make it out of bed each day, have some compassion for yourself and make a note in your calendar to make offerings at another time. When you’re super depressed, just setting a date for a future offering or rite is a huge gift to the gods. If you are financially stable and mentally well, but some other resource is what you lack, work around it. Do not falter in giving what you can for sorrow over what you cannot. A large part of our offering to the gods is our devotion. Allow your devotion to radiate out from your heart, first and foremost, and rejoice in it. Your devotion to the gods is in no way tarnished by the humble nature of your gift to them.

You are in a relationship. When you stop being yourself, when you stop connecting with the gods, talking to them, inviting them into your life, mind and heart, you have stopped honoring them, even if you are still making your regularly scheduled offerings. To my thinking, Pagan spirituality is about heart and soul in addition to ritual, offerings, and the like. A part of the goal is to feel the connection you share with the gods. When you don’t feel the relationship, something may be wrong.

There are many ways that you can lose touch. If you’re distracted, or you’d rather be somewhere else, it can be a tell-tale sign. If your new devotional craft project is poorly designed, a bit lopsided, and a little smelly from cat urine and you don’t even care, you may need to regroup. Call an emergency meeting with yourself, and then with the gods, and figure it out. In my experience, those moments come and go as a part of the natural ebb and flow of being in relationship. It’s not about freaking out and shaming yourself for feeling disconnected. It’s about recognizing that disconnection happens and then doing your part to get plugged back in. That may mean changing the festival calendar, reassessing your relationship with the gods, changing yourself, or all of the above. 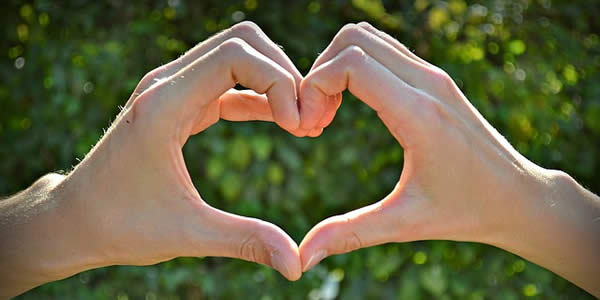 Experiment until you find a combination of divination, rituals, sacrificial rites, festivals, etc. that efficiently, effectively, and reliably cultivates your relationship with the gods

Working with many deities is alchemical! Lots of varied chemicals have to come together and, with a little magic, make gold. Some combinations of time, energy, ritual, and offering will blow up in your face. Others will work for a time and then start to revert to lead. Experiment. Don’t be afraid to try things out. Be sure to involve the gods in this process. That goes without saying. Talk to them! This is your bonding time with them. Trust that if you open the lines of communication they will tell you what works for them and what doesn’t. Similarly, you can say what works for you and what doesn’t and they will likely listen. I would add that ultimately, your relationships with the gods are between you and the gods. There are many folks who are more than happy to try to tell you the definitive way to manage your relationships. Take it all with a grain of salt. Keep the avenues of communication open between you and the gods, and remain respectful (but not humorless). As you find your way the gods will likely accept your growing pains, and they just may see you through them.

Like all relationships, building bonds with the gods takes time and energy. As we move through the process of relating and connecting with them we must remember to be open, honest, and communicative. If we don’t neglect them they won’t neglect us. Reciprocity is a key aspect of connection. When it comes to the gods, when we give well and from the heart, when we stay in conversation with them, we grow the ties the bind us and the worlds draw that much closer to one another.

Dressing Candles for the Ancestors